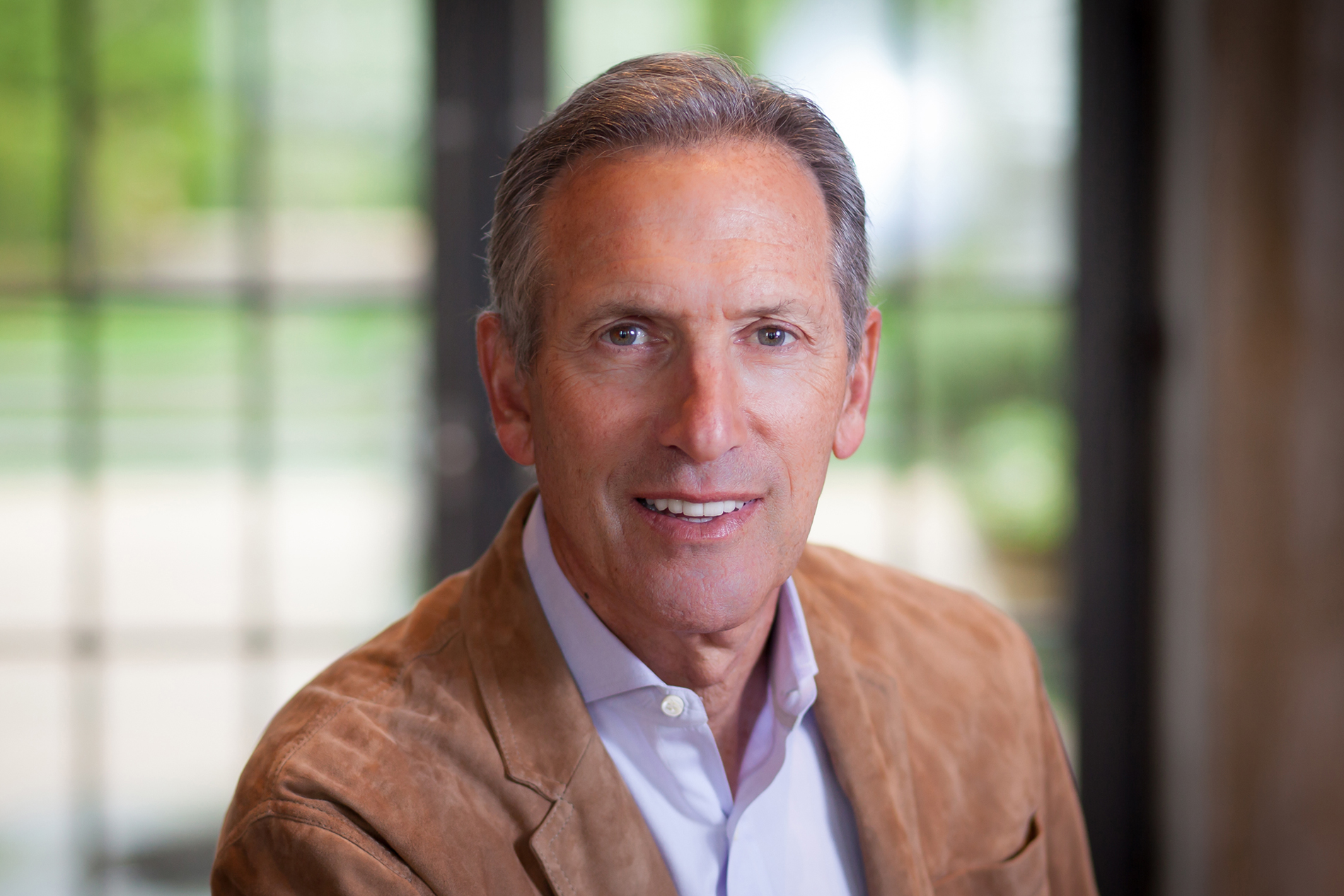 Recognized for his entrepreneurship and servant leadership, Howard Schultz built Starbucks Coffee Company into one of the world’s most recognized and respected businesses, a company committed to strengthening communities through human connection and innovation.

Howard grew up in public housing and was the first in his family to graduate college. As a young entrepreneur, he set out to build a different kind of company, one that delivers business excellence through a culture of compassion. Under his leadership, Starbucks grew from eleven stores with 100 partners (employees) to more than 28,000 stores in 77 countries, employing nearly 350,000 partners serving approximately 90 million customers per week. As ceo, he pioneered programs like comprehensive healthcare, stockownership and free college tuition for full and part-time employees. In 2011,Fortune named Howard ceo of the year and, in 2019, Fortune ranked Starbucks fifth on its list of “World’s Most Admired Companies.”

From 1987-2018, Howard served as ceo and executive chairman of Starbucks board of directors, one of America’s most diverse corporate boards. He led the company’s IPO and presided over more than 100 quarterly earnings calls. From the time the company went public in 1992 until 2018, his last year as executive chairman, he oversaw a 21,826 percent return to shareholders. In 2014, he predicted a seismic shift in consumer behavior for brick-and-mortar retailers and decided to invest heavily in mobile technology to elevate the experience in stores and drive customer loyalty. As a result, today Starbucks has the number one ranked retail mobile app platform.

For more than three decades Howard has redefined the role and responsibility of a for-profit, public company, proving that a business can exceed expectations by sharing success with its people and the communities it serves. Howard’s groundbreaking initiatives have extended employment and educational opportunities to hundreds of thousands of partners (Starbucks employees) as well as people outside the company. In 2014, Howard developed the Starbucks College Achievement Plan (SCAP) in alliance with Arizona State University (ASU) President Michael Crow, enabling partners to pursue their college education tuition-free through ASU Online.

Since leaving Starbucks, Howard has turned his attention with his wife Sheri to ways they can help to build a more moral, more decent America. Together they co-founded the Schultz Family Foundation, to create greater opportunity accessible to all. Through the emes project llc, Howard is bringing an entrepreneurial lens to public-private partnerships, strategic advocacy, policy challenges, and political reform with the goal of increasing opportunity and reducing inequality for all Americans. Both organizations are being funded in part by investments the Schultz family is making in the entrepreneurial companies of tomorrow. As part of investing in values-based, innovative people and companies, Howard is offering mentoring and guidance through the lens of his experience building Starbucks. Returns from many of these investments will be re-invested in the Schultz Family Foundation and the emes project to increase the family’s impact over the long-term, with the goal of creating meaningful change for generations to come.